The continuous evolution of the video game industry has become a boon for the geeks. The variety in consoles, gaming devices and games that we have today has never been seen before. However, hardcore gaming fans don’t like everything we are being served. Here are a few things that are making gamers angry around the world.

One of the worst things that game makers do is kill a beautiful storyline just because they want to launch another game in the franchise. Though this trend helps in giving us gamers hours of more playtime, it also dilutes the storyline along the way. Consequently, we have to stick with three to five games of mediocre value instead of one to two strong but highly addictive titles. Some people in the gaming community want to get rid of this as soon as possible. Hopefully, video game makers will pay attention.

While video game companies want to create newer, fresher, and more graphically attractive games for the players, they often compromise with previous generate hardware. Now, it is obvious that you need high end hardware for high end gaming. However, making a lighter version of the game available for the previous gen console owners will also be a good idea. After all, not all gamers want to change their consoles just for one game.

It is stupid to believe that gamers don’t want single player games anymore. While the RPG style, multi-player games look amazing, it is often good to play a single player game. It gives one more freedom as well and it is highly likely that the game becomes more popular. Some video game makers do not understand this and keep making multiplayer games.

Not everyone has two or more screens

Split screen is one of the most important features that manufacturers could give us. Instead, they choose to believe that every gamer is sitting at one corner of his house with two or more screens and watching a big preview of the game anyway. This kind of assumption backfires on people who are using single screens. Also, some of the manufacturers don’t understand that people don’t want to carry their entire gaming rig when they move to a friend’s house with their console.

Retro is becoming very popular these days. However, this doesn’t mean that one has to remaster every old game and bring a new modern version of the game to the fore. Instead, it would be better to create new games with interesting characters and storylines for the users. Remaking old games brings some nostalgia factor back to us but eventually retro games are unable to give us the same gameplay that we enjoy usually.

These were a few things that some gamers are irritated with and I believe that making small tweaks according to these suggestions will definitely be helpful in making games more likeable. Share what you would like to see changed in the industry in the games below. 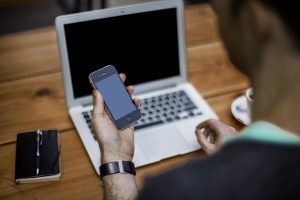