In the crowd of thousands of games, it is hard to handpick some of the best. We have done exactly the same to prepare the list of most appreciated games available on the Apple App Store.

The Game of Life

Finally, the board game has been given a virtual avatar. Now, a player has the option to relive all the stages of life like school, attending college, family management, career and so on. Moreover, you can also play with anonymous online users or your friends using a single device. If you are concerned about the length of the original game, then you can choose the option of fast mode.  The game is perfect for the old school lovers and the contemporary players.

Being enhanced and re-mastered the game is perfect for those who want to live the glory days again. GTA has been the love of gamers since ages and still holds the charm, and attraction one seeks for in an open world game. The storyline includes Carl Johnson who has come back to reclaim what he left behind. If you are one of the diehard fans of GTA franchise, then this game should be on your phone- no more discussions.

The game involves controlling a black that consumes everything in its path. With time it is able to feed on bigger objects like poles and cars. The catch of the game is opponents as they can swallow you too.

After messing up with all the trivia games Heads Up is the completely new experience.  Just like the famous physical trivia game a person has to guess the word on the card by placing the phone on their heads. Your mate gives you hints with which you have to interoperate.

What can be more satisfying than taking your Pokémon out on an adventure? Not only, the player has to search for hidden treasure on the Tumblecube Island, but one has also to battle untamed Pokémon’s. Furthermore, the game also includes characters from both Pokémon Red and Pokémon Blue.

Being sequel of Alto’s Adventure, Alto’s Odyssey brings the Alto from the snowy mountains to a magical desert. The endless runner provides views to die for with a limitless backdrop which includes rushing water in the temple zone, snapping vines and windy tornados.

The game is all about a boy who makes his way through a haunting industrial jungle. It’s a spell bounding, touch-controlled platform game. What’s more astonishing is that there are no dialogues, explanation but terrifying surprises.  You will spend hours in figuring out stuff before realizing that all it needed was a simple logic.

It is the most popular game right now, and it rightly deserves this spot. Having a real-life experience better than most available on the AppStore the game includes single person missions with multiple players of unknown origins. If you have the guts of testing your reaction skills and judge your aims, then PUBG is tailored made for you.

These are some of the best games available for iPhone users. If you have more recommendations, then comment them down below. 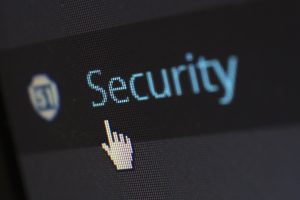