There are many reasons God of War has made it this far. Becoming the best game ever was not easy, but things turned in favor as soon the play button was pushed.  Here are the reasons why God of War could be the best game you ever played.

If you compare the minute to minute gameplay of GOW with its competitors, the Greek mythology-based heroic is far superior. It does not matter whether Kratos tackling giants, taking out groups of enemies, solving questions or just roaming, he is just the hero we wanted to be.

Moreover, GOW is very engaging, and a player is always compelled to play one more time before shutting down the PC. It may sound a bit negative, but the addictive nature of the game takes it to the heights of the best ever.

The story is actually relatable

Many games have failed to make a mark on the player’s emotions even after having over the top storylines and graphics. Whereas, GOW’s father-son duo have been able to spark a connection like never before. Everything from their dialogues to the way they perceive events has a deep impact on the player’s psychology.

The story involves endless challenging situations and humbly drives Kratos and Atreus together. Even after being a god, the way he educates his son and tells him about the reality of their world is sure to touch the heart of every player.

As you would know that the world of GOW is full of mythological events and mysterious creatures. It is obvious that you would fall into traps and encounter amazing places just by hovering over the wastelands of Midgard. The explorer inside you is likely to get the adrenaline rush every time a new situation pops up and demands its fulfillment.

It would be shocking to know that people have still not unlocked the whole game even after playing for more than 50 hours of game time.  The level of detailing is nothing less than icing on the cake.

From the start to the end of the game, you look at Midgard with the same camera. Although, it’s a small novelty yet it makes the game stand out in the crowd of mission-based bloodbaths. The exact same viewpoint exists when the player meets a god or fights monsters and engages in casual strolling throughout the planet.

The screen never reloads, and you are not informed about confirmed deaths. Thus, the experience never stops as things get as real as possible. If you are the one who likes minimalism, then this game is for you.

Epic is the word

With a story full of legends and ancient sagas, GOW was made for greatness. In a world where every step leads you to bigger trouble raising a kid amused by everything around is not easy. Yet the developers have done full justice with so many elements by making them larger than life yet keeping them close to reality.

If you have not played the game yet, then don’t waste time in reading any more reviews. Grab your copy now to know what it feels like God without justice. 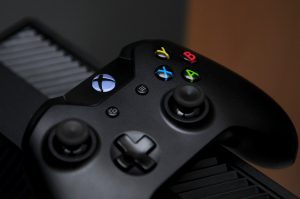 Computer games are designed to provide players with the thrill of adventure and entertainment....